A former climbing tower is converted into a “flying classroom” at Ötscher Tormäuer Nature Park and opens up new possibilities for mediating nature. It thus represents the paradigm shift – away from event culture and towards a knowledge society.
(please find english description below) 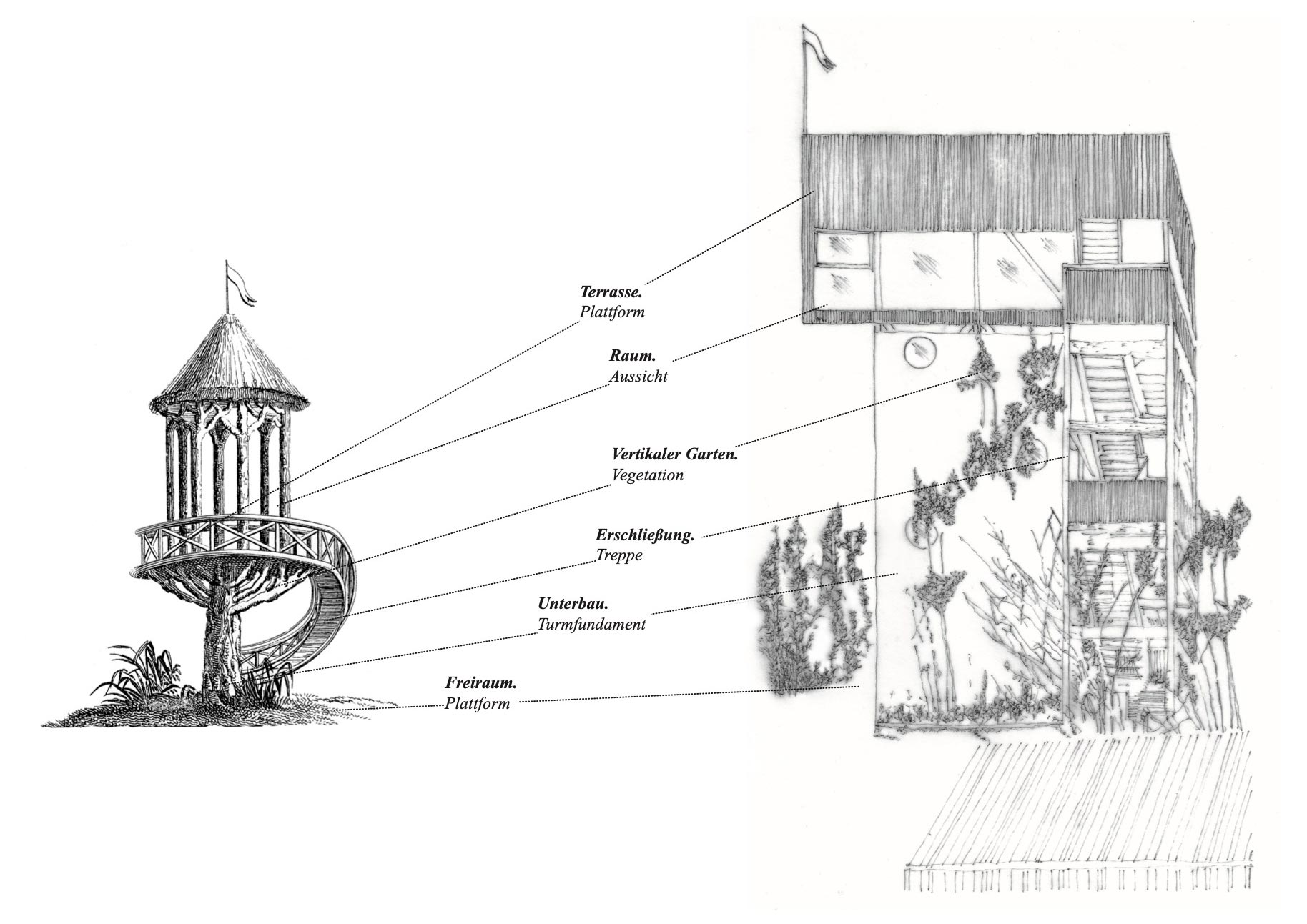 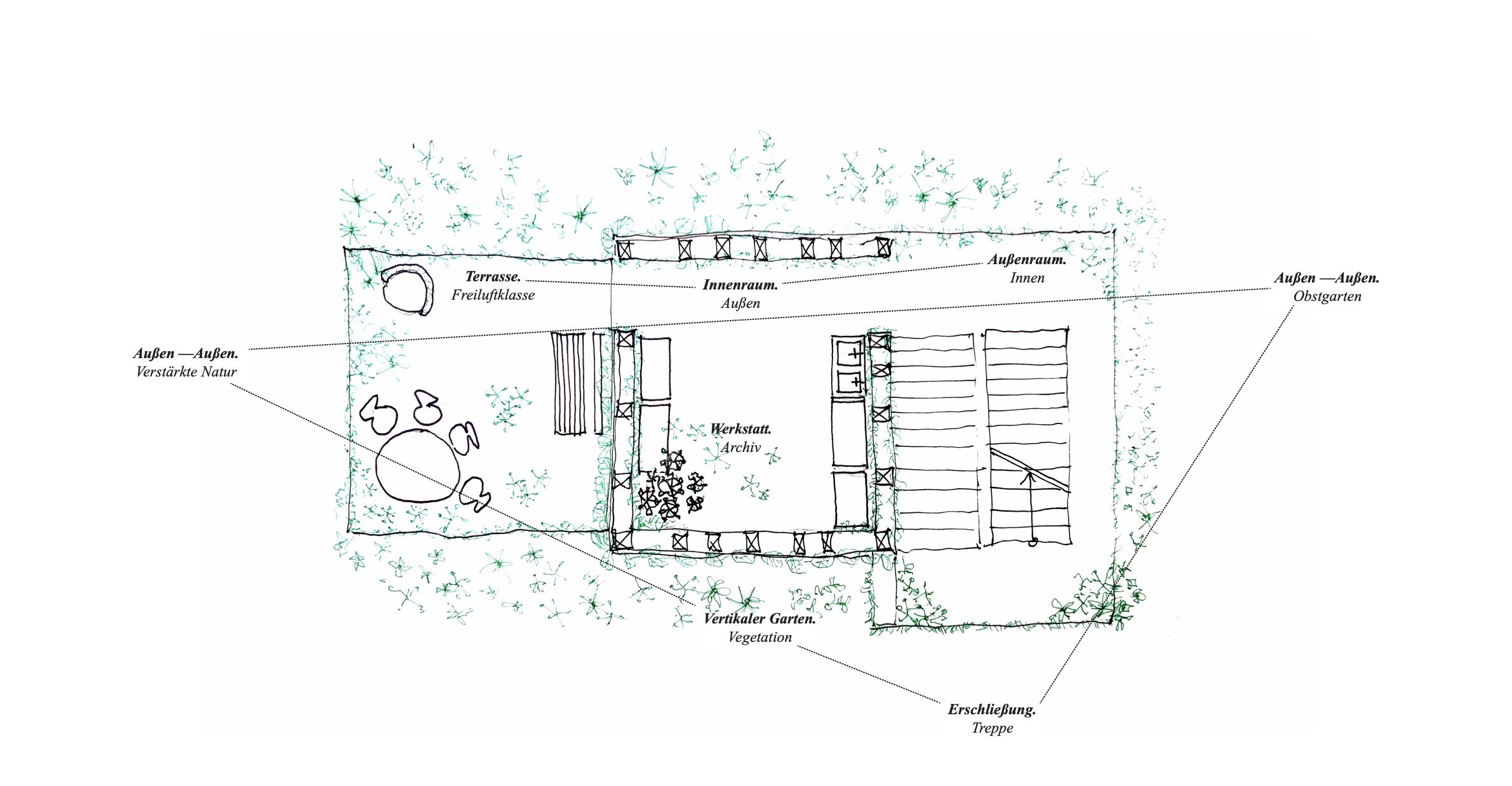 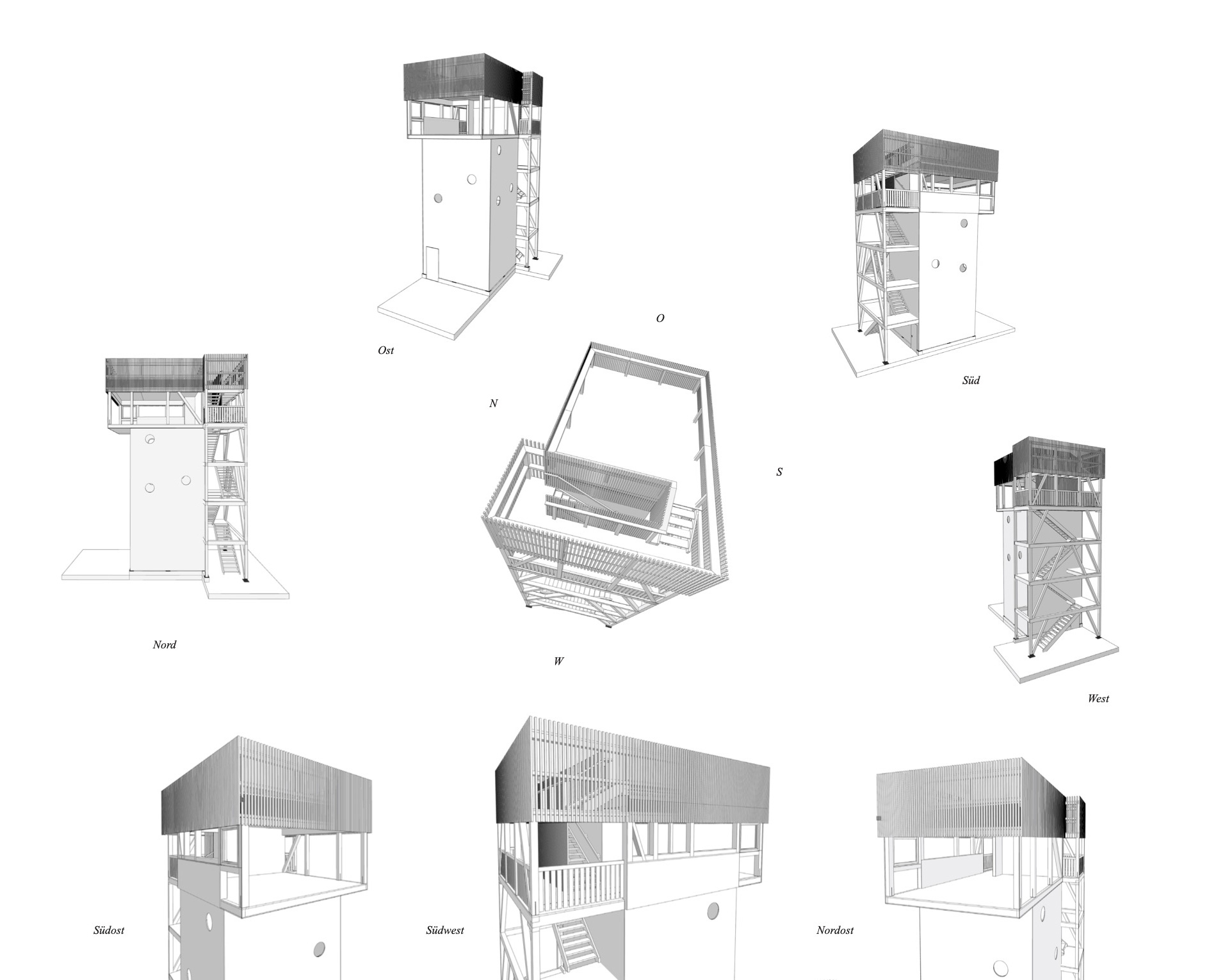 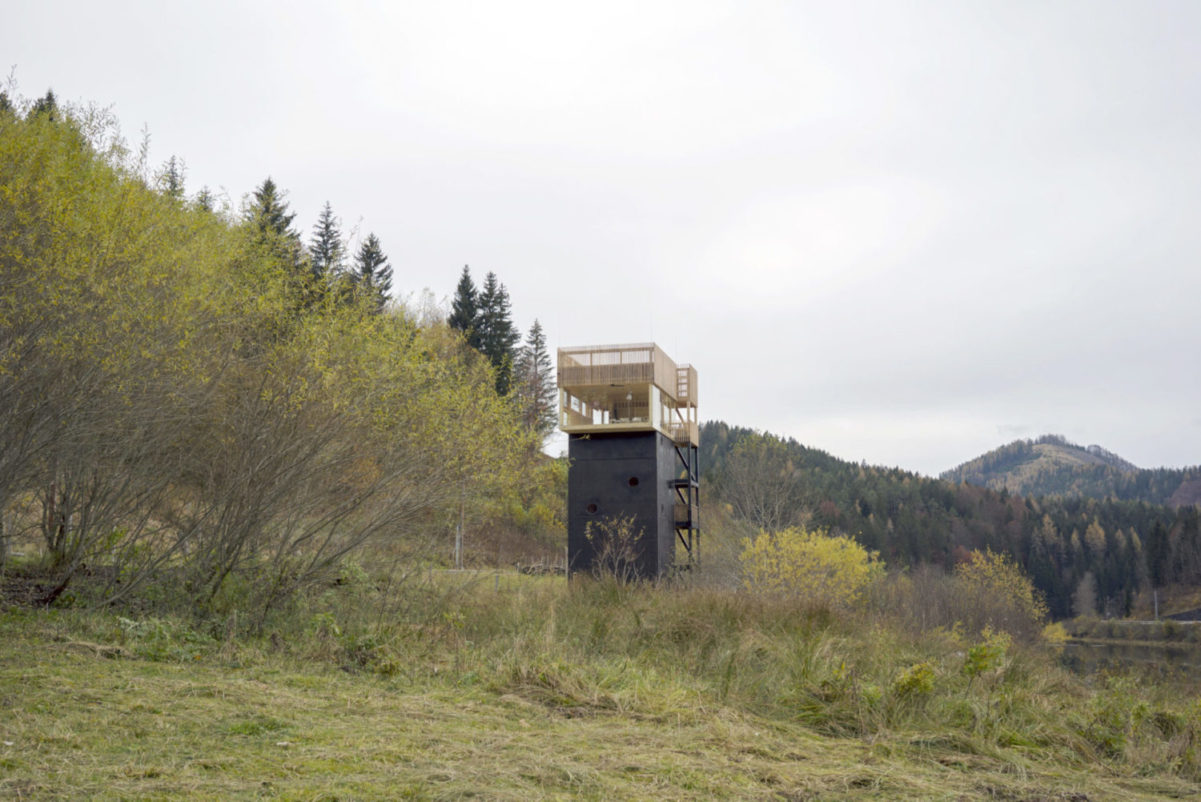 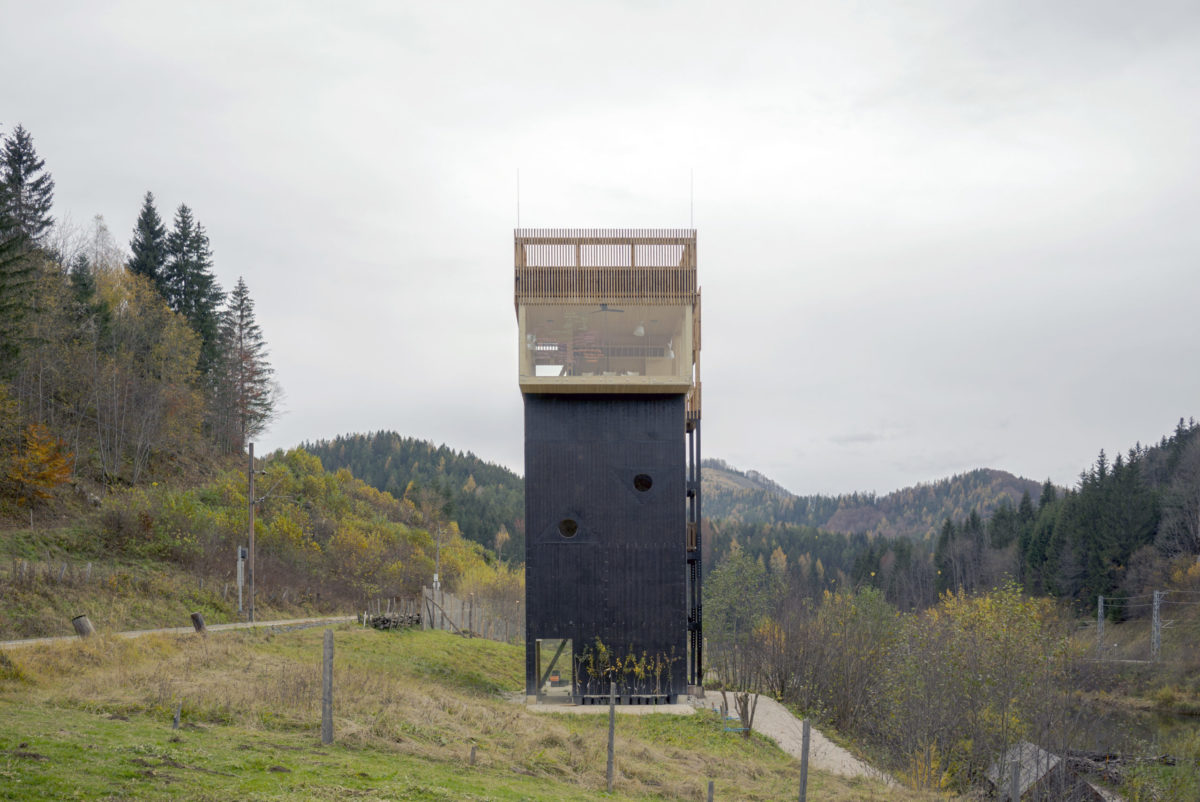 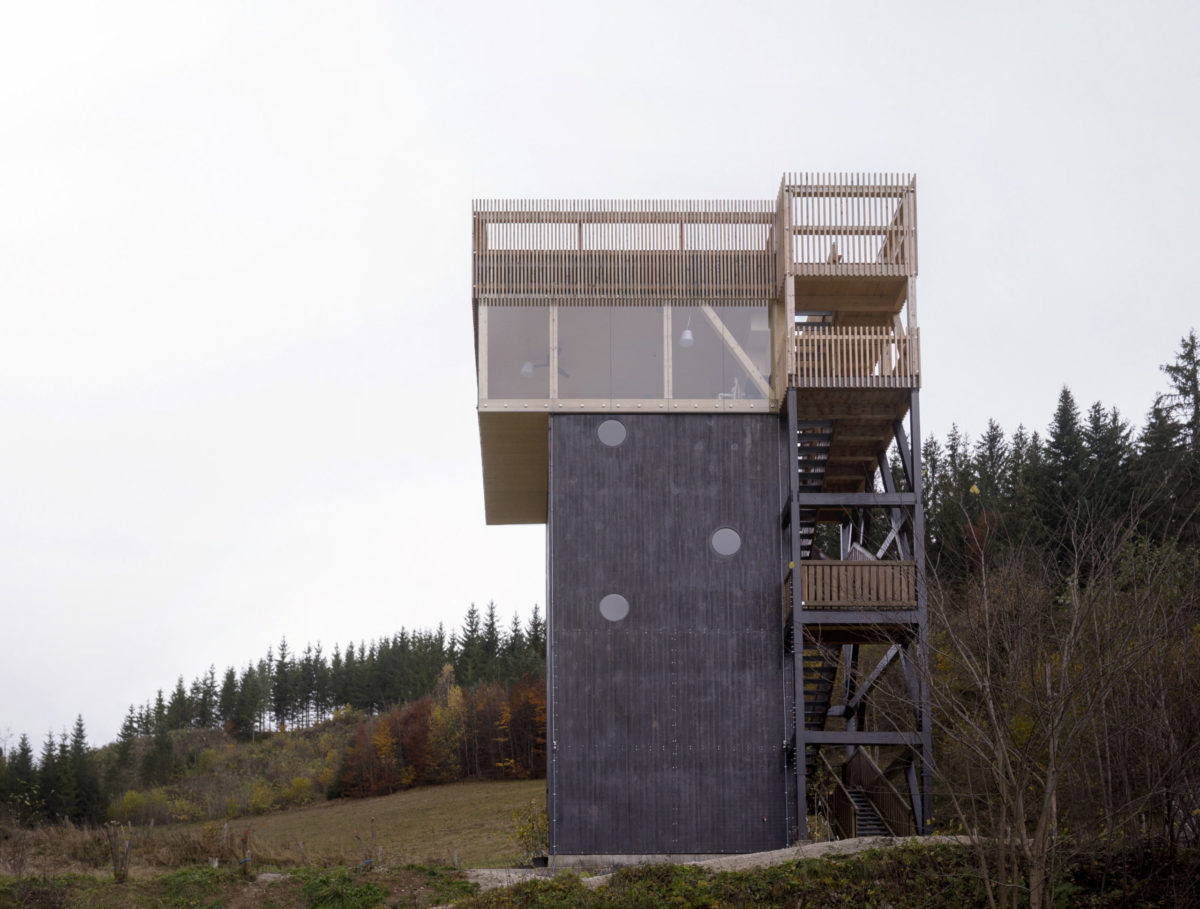 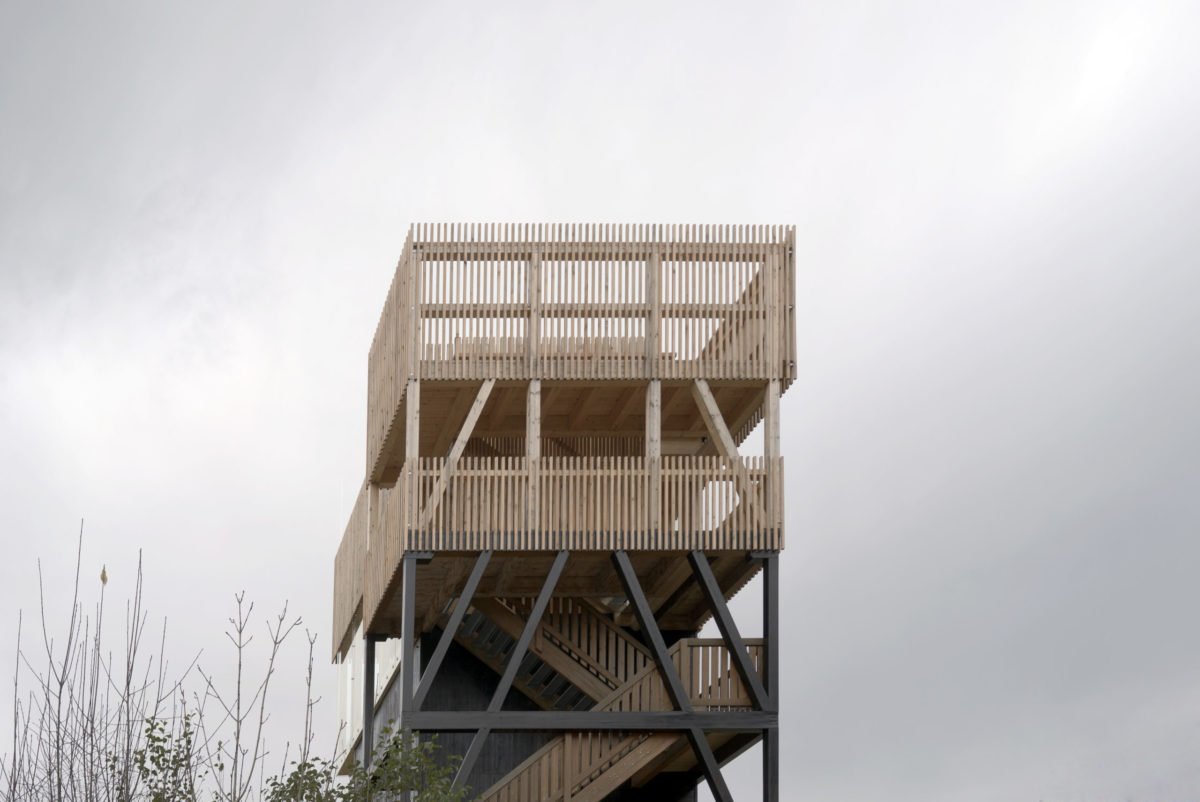 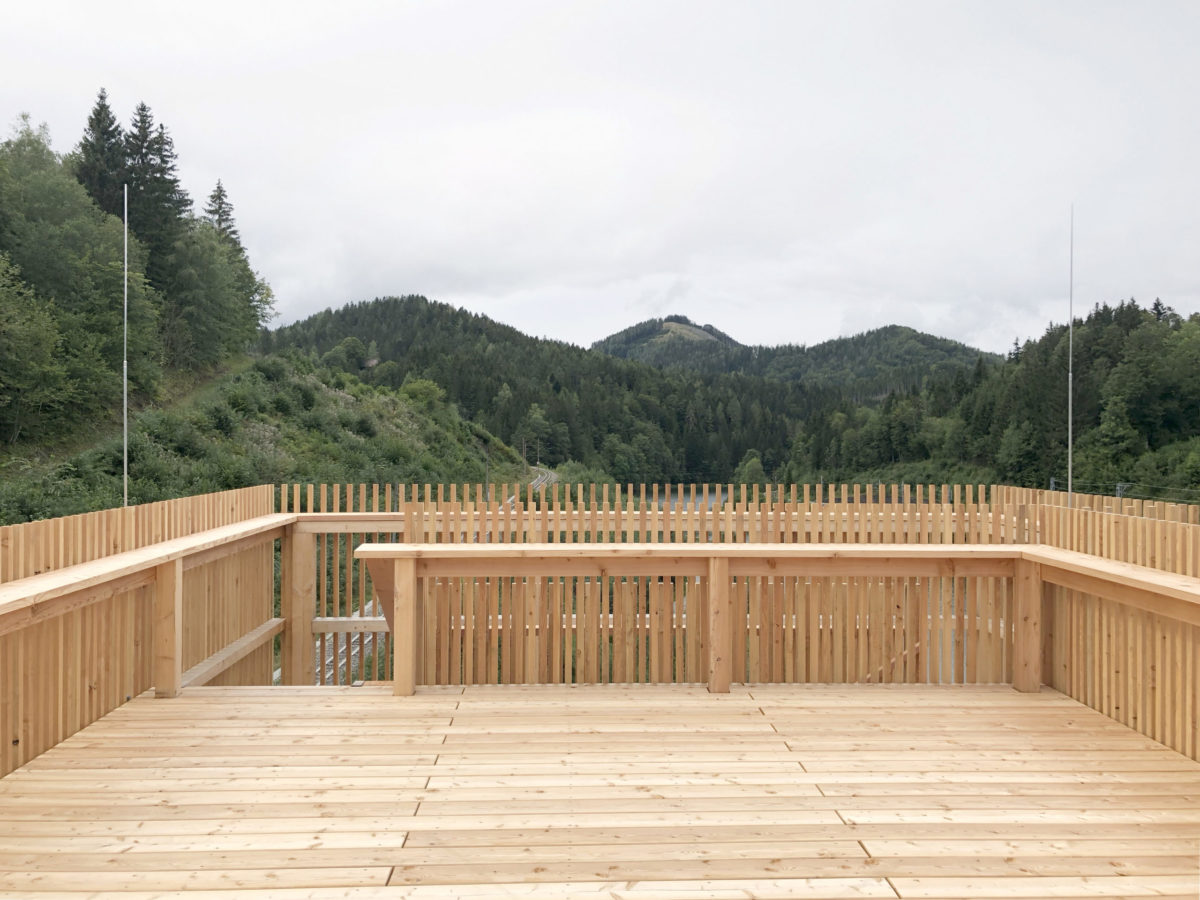 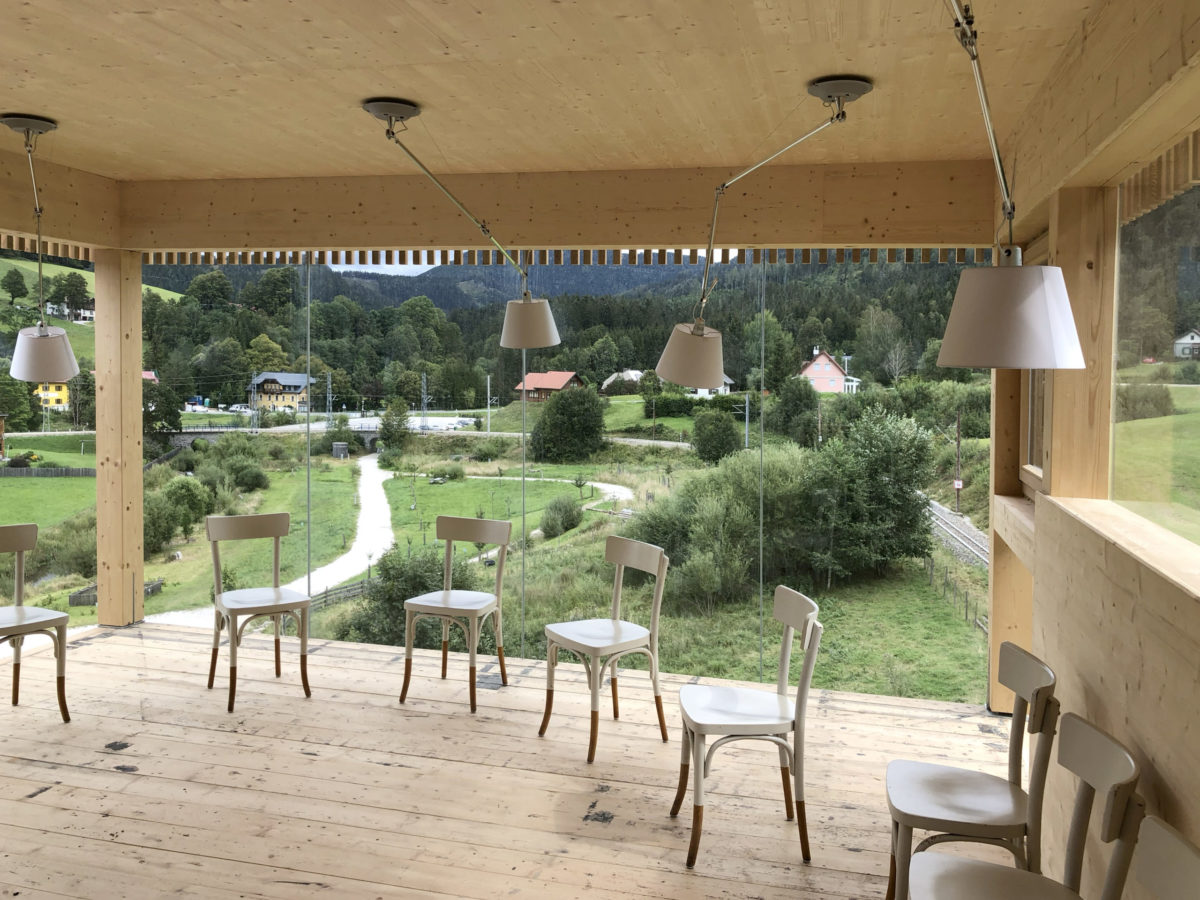 The former climbing tower in the outdoor space of the “Wienerbruck” base camp in Lower Austria’s largest nature park “Ötscher Tormäuer” was rethought in 2021. Johanna Digruber and Christian Fröhlich transformed the tower wasteland into a “flying classroom”, opening up new possibilities for mediating nature. The building, which had become useless, thus represents the paradigm shift – away from event culture and towards a knowledge society.

The Flying Classroom.
Living, learning, teaching in a vulnerable environment
Inside the tower, a workshop and an archive for natural artefacts with a room height of ten metres have been set up, with direct connection to the orchard via a terrace in front. The stair tower has been extended by one level and now allows access to a sheltered interior and a viewing terrace with a view to the well-known mountain “Ötscher”.

form—follies—function*
The programme of the adapted tower goes back to garden structures as they existed in the landscape garden of the 19th century. So-called folies (“architectural exclamation marks”) generate attention through their appearance and astonishment due to their usability. Folies are regarded as an expression of desirable ideas that have become form — mostly in the relationship between humans and nature. The often seemingly functionless nature of these structures situated between art and architecture places their surroundings in an aesthetic relationship to nature. The former climbing tower becomes a “flying classroom” and opens up new possibilities for mediating nature in an outdoor workshop, surrounded by an orchard with old varieties of fruit. The new educational space in the nature park is aimed specifically at “learners” and is available to all visitors who opt for a mediation programme.

*  ”Form, Follies, Function” is an ironic game of words by Hans Hollein about the meaning of so-called architectural folies. In doing so, he phonetically twists Louis Sullivan’s famous dictum: Form follows Function.